Below are pictures of known markings arranged in a preliminary numbering scheme.  Markings are usually recessed-embossed unless otherwise noted.


Some colored 1001 Fireplugs have also been reported.  These were supposed to have been given out to long-term employees as service awards but I think there are a couple reasons to doubt this.  First, they were made by a slip casting process.  It seems that the company would be more likely to take one of the pieces straight off the line and color it rather than making a plaster mold, pouring a lower quality slip in it and firing it at a lower temperature than their normal kiln temperature.  Second, they are unmarked.  It seems unlikely that an item given to commemorate an event would be unmarked.  Third, I have seen miniature multiparts made using the same process and identical colors and even purchased these from the same person.  Below are some pictures of these.
Cobalt blue and green slip cast fireplugs. 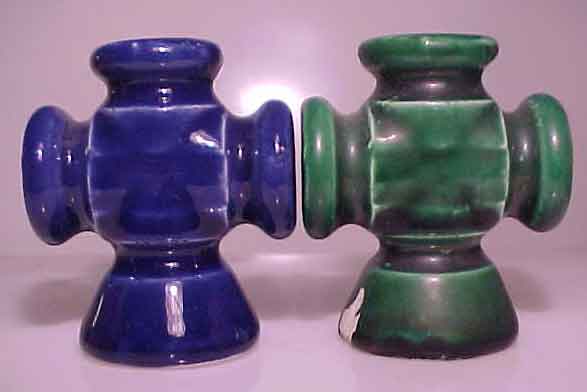 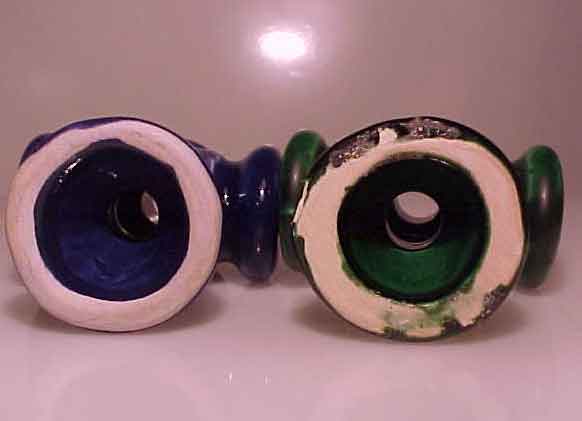 Bottoms of the cobalt and green slip cast fireplugs. 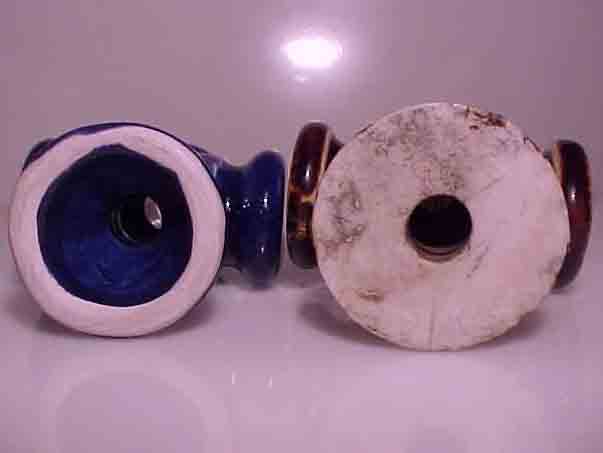 Slip cast blue fireplug next to a regular production one.